Here is the view on top 10 from OWASP 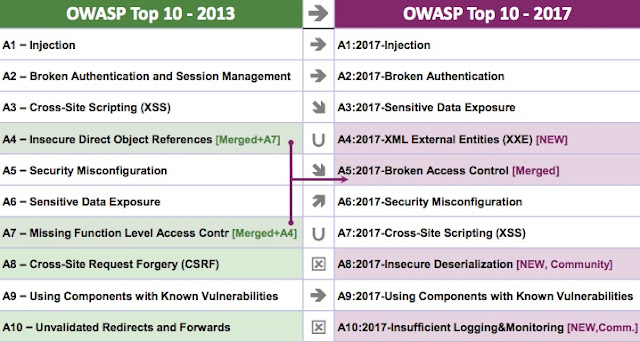 Resource on OWASP - Get it from HERE